Some aspects of our constitution have constricted us in adapting to changing circumstances over time. Other western countries with parliamentary systems have been able to adopt programs such as universal health care, while we have been unable to do so because our system allows a minority to block major legislation. This is primarily due to how our Senate operates.

Consider the chart below which shows how many people are represented by each senator from the several states. The average number of constituents represented by a senator, that is, the total population less Washington DC, divided by 100, is about 3 million people. In contrast, Wyoming senators each represent only 266,334 people while California senators represent 18,378,333 people each.

To compound the problem even further it only requires 40 senators to stop key legislation due to the filibuster rule. This enables lobbyists to concentrate their time and money on 40 people to block any legislation. And, if a Republican president is in office there is no hope of overriding a veto. This phenomena enabled Bush to get almost anything he wanted while the Republicans had a slim majority in congress, whereas the Democratic legislation can be easily blocked even with Democratic majorities in both houses. Since small conservative states are overrepresented in the Senate, it is nearly impossible to get a majority necessary to prevent legislation from being blocked.

A recent poll showed that the country supports the Obama health care program by a sizeable majority.

“A Times/CBS poll found 85 percent of respondents wanted major healthcare reforms and most would be willing to pay higher taxes to ensure everyone had health insurance. An estimated 46 million Americans currently have no coverage. Seventy-two percent of those questioned said they backed a government-administered insurance plan similar to Medicare for those under 65 that would compete for customers with the private sector. Twenty percent said they were opposed.”

Yet the latter program has been taken off the table by a small state senator from Montana, Max Baucus because he said it’s a non-starter in the Senate.

A similar situation exists in the effort to reregulate banks. The powerful banking lobby can easily round up 40 senators to block the effort, in spite of the fact that the majority of Americans want it done. 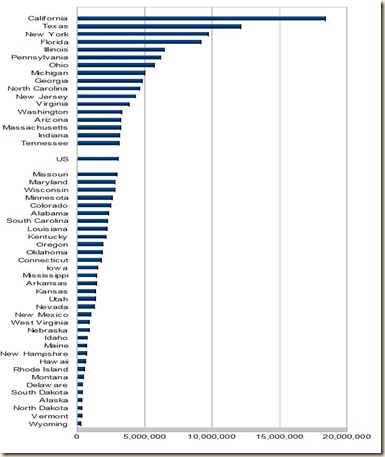